It’s been a good year book-wise…

This post contains ad affiliate links (denoted by a ‘*’) & gifted items (denoted by ‘ad – gifted). You can read my full disclaimer here.

I might be a little behind with my whole ‘reading challenge for the year‘ business as my evenings have been filled with birthing videos, virtual classes on how to change a nappy and learning about perineum massage – pregnancy really is so glam – but recently I’ve needed a good book more than ever. Not only does it help my brain engage with sleep mode, it gives me an escape, a relaxing moment and some time for myself. Time for my brain just switch off and focus on the story, the characters, the atmosphere, I just love it. Sure, I might not be able to whip through as many pages before I fall sleep as I usually do, but 97% of the time I still find a moment to read before bed and whenever I do I feel all the better for it. So if you too need some good reads in your life, then allow me to be of assistance, because I’ve read (almost!) 15 books so far this year and some of them have been OUTSTANDING…

Side note: You know I’m a fiction kinda gal, but next on the list is Otegha Uwagba’s ‘We Need To Talk About Money’*, which has been receiving rave reviews. Can’t wait to get stuck in! 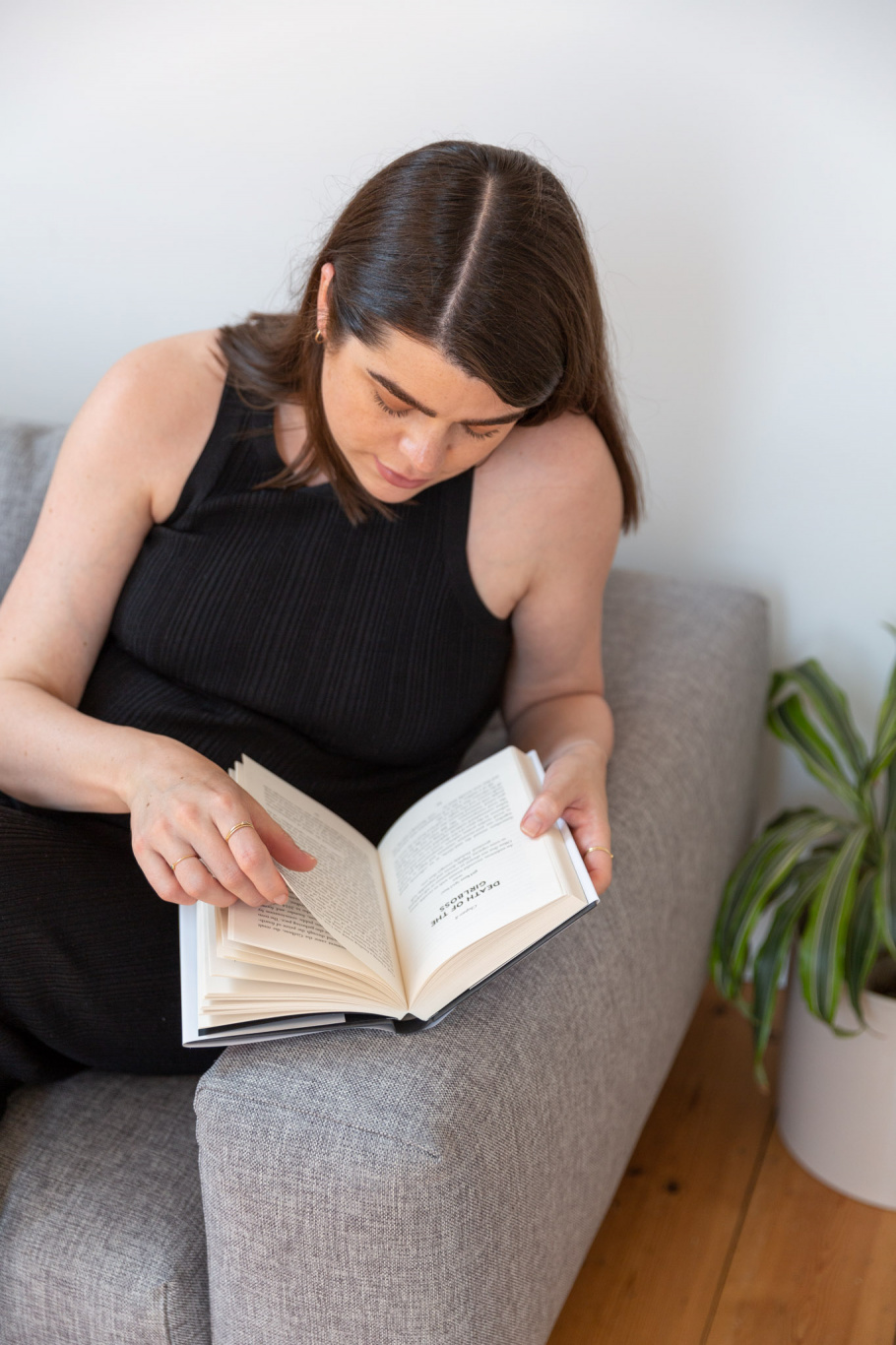 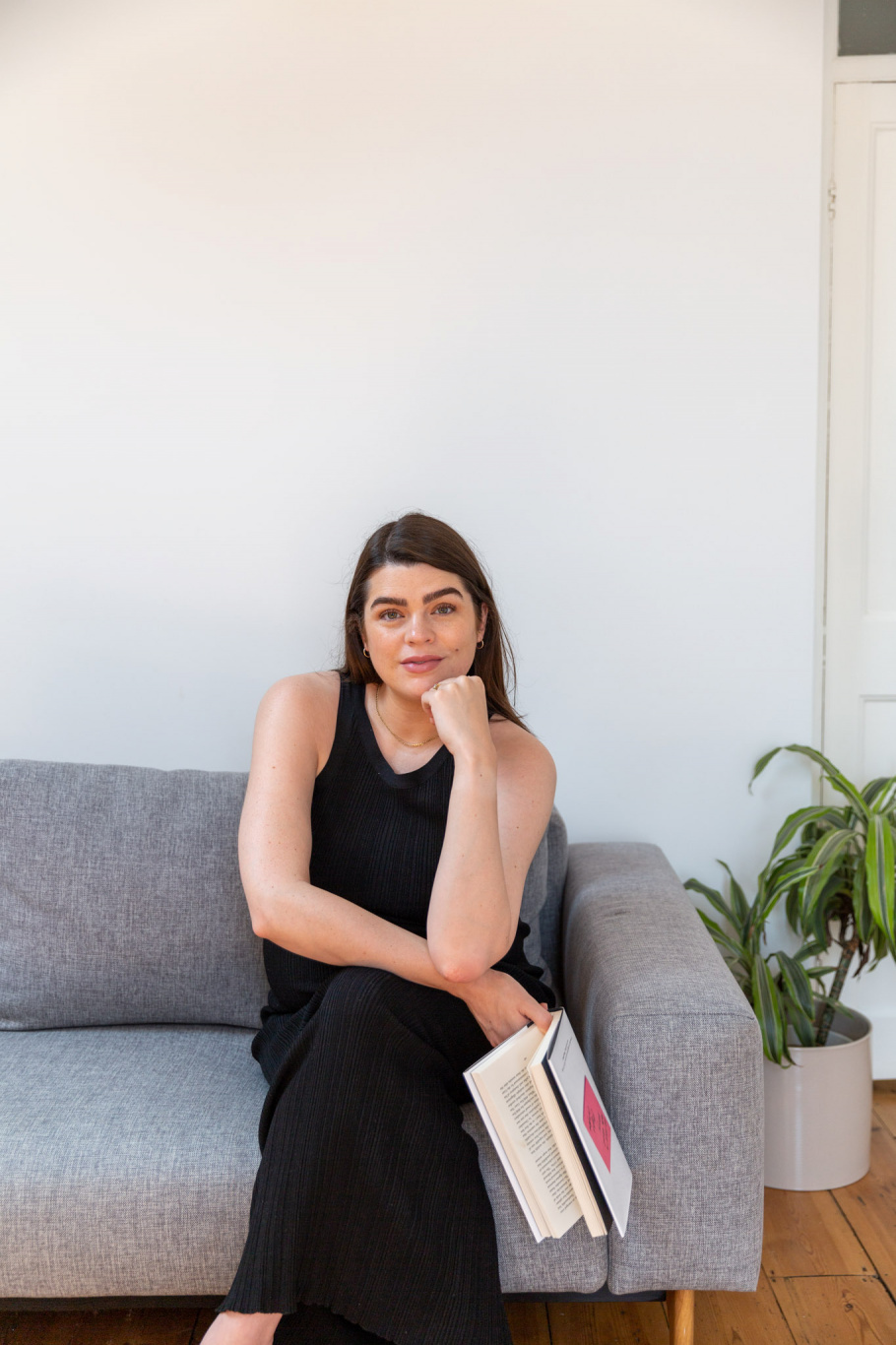 ‘The Guest List’ by Lucy Foley*. “Everyone on the island has a secret. Everyone has a motive. And someone won’t leave this wedding alive…”  – Goodreads. I’m really having to cast my mind back here, but if I remember correctly, I’d had a few slow going books and just wanted something snappy and not too intense. I would say that this definitely covered some deeper topics than I first thought when I picked it up, but it’s an easy to delve into thriller. Lots of twists and turns and as one other reviewer put it, some serious Agatha Christie-vibes.

‘A Ladder To The Sky’ by John Boyne*. “Maurice Swift is handsome, charming, and hungry for success. The one thing he doesn’t have is talent – but he’s not about to let a detail like that stand in his way. After all, a would-be writer can find stories anywhere” – Goodreads. I have to say I love a John Boyne book, you don’t really know what you’re going to get but you know it’s going to be good. I would just say, don’t read too much more of the synopsis as it gives a little too much away, but the story gives you a bit of everything; from romantic to manipulation, with a bit of thriller thrown in.

‘When No One Is Watching’ by Alyssa Cole*. “Rear Window meets Get Out in this gripping thriller from a critically acclaimed and New York Times Notable author, in which the gentrification of a Brooklyn neighbourhood takes on a sinister new meaning…” – Goodreads. A slow build that begins with social commentary and ends in a place that you would not except. I really don’t want to say more and ruin this one for you, but things begin to take a dystopian turn. I really enjoyed this and it was quite a speedy read for me, I looked forward to digging back in every evening.

‘Small Great Things’ by Jodi Picoult*. “Small Great Things is about prejudice and power; it is about that which divides and unites us. It is about opening your eyes” – Goodreads. This is a hard, thought-provoking read and exploration into to the racial prejudices in the world today. There are no easy answers here and I really enjoyed Picoult’s story-telling (side note: if you are just about to give birth this is not the one for you, I found the opening chapters pretty traumatic and so did a friend who was just about to pop!).

‘Transcendent Kingdom’ by Yaa Gyasi*. “From the bestselling author of ‘Homegoing’ comes a searing novel of love and loss, addiction and redemption, straight from the heart of contemporary America” – Goodreads. I absolutely adored ‘Homegoing‘*, and it was one of my favourite reads from last year, so I was excited to read whatever Gyasi had up her sleeve next. This story felt completely different and was so fresh, a storyline I’d never come across before – love that all the reviews comment on Gyasi’s range – HARD AGREE! Can’t wait to see what she does next. Big fan!

‘Luster’ by Raven Leilani*. “As if navigating the constantly shifting landscape of sexual and racial politics as a young, black woman wasn’t already hard enough, with nowhere else left to go, Edie finds herself falling headfirst into Eric’s home and family” – Goodreads. I found this book a little slow, but I think that’s part of the point. Edie is bored and lonely and at times the whole narrative has this stressful ‘could break at any moment’ element to it. Not a page-turner/beach read, but great if you want to delve into a prose that feels new and different.

‘Girl A’ by Abigail Dean*. “Together with her sister, Evie, Lex intends to turn the House of Horrors into a force for good. But first she must come to terms with her siblings – and with the childhood they shared” – Goodreads. This book felt so real I had to google multiple times to make sure it wasn’t based on a true-life story. With extreme depictions of child abuse and mental trauma, it’s not an easy one to stomach, but it was a fast-based, harrowing debut from the author.

‘The Push’ by Ashley Audrain*. “A tense, page-turning psychological drama about the making and breaking of a family–and a woman whose experience of motherhood is nothing at all what she hoped for–and everything she feared” – Goodreads. Ok, on reflection, this was not the book to be reading when you’re 15 weeks pregnant. Not AT ALL. Examining the nature versus nurture debate and the monotony of motherhood, it was an interesting one shall we say? Although I liked it as a book, I wasn’t in the right headspace to enjoy it fully. 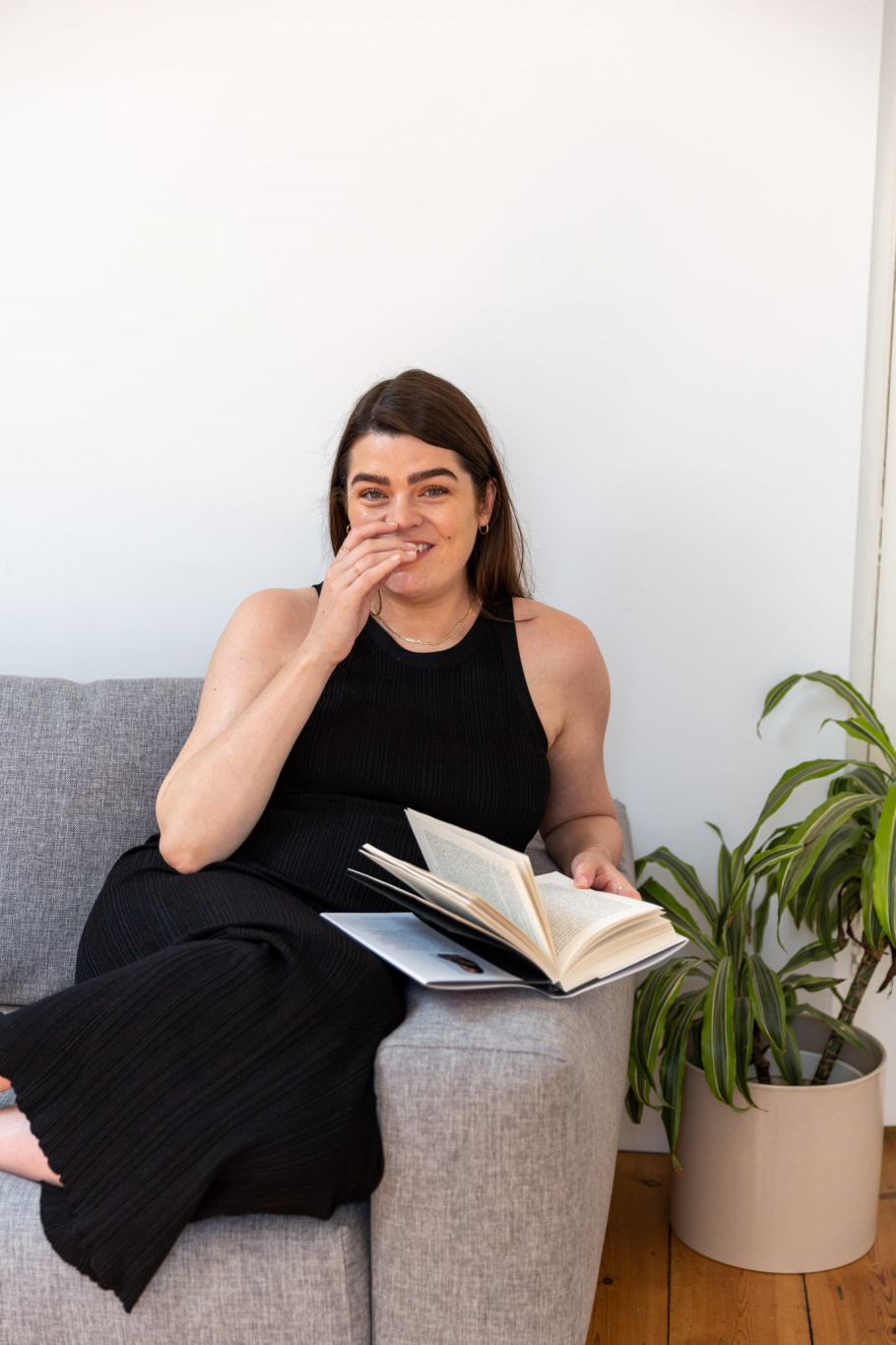 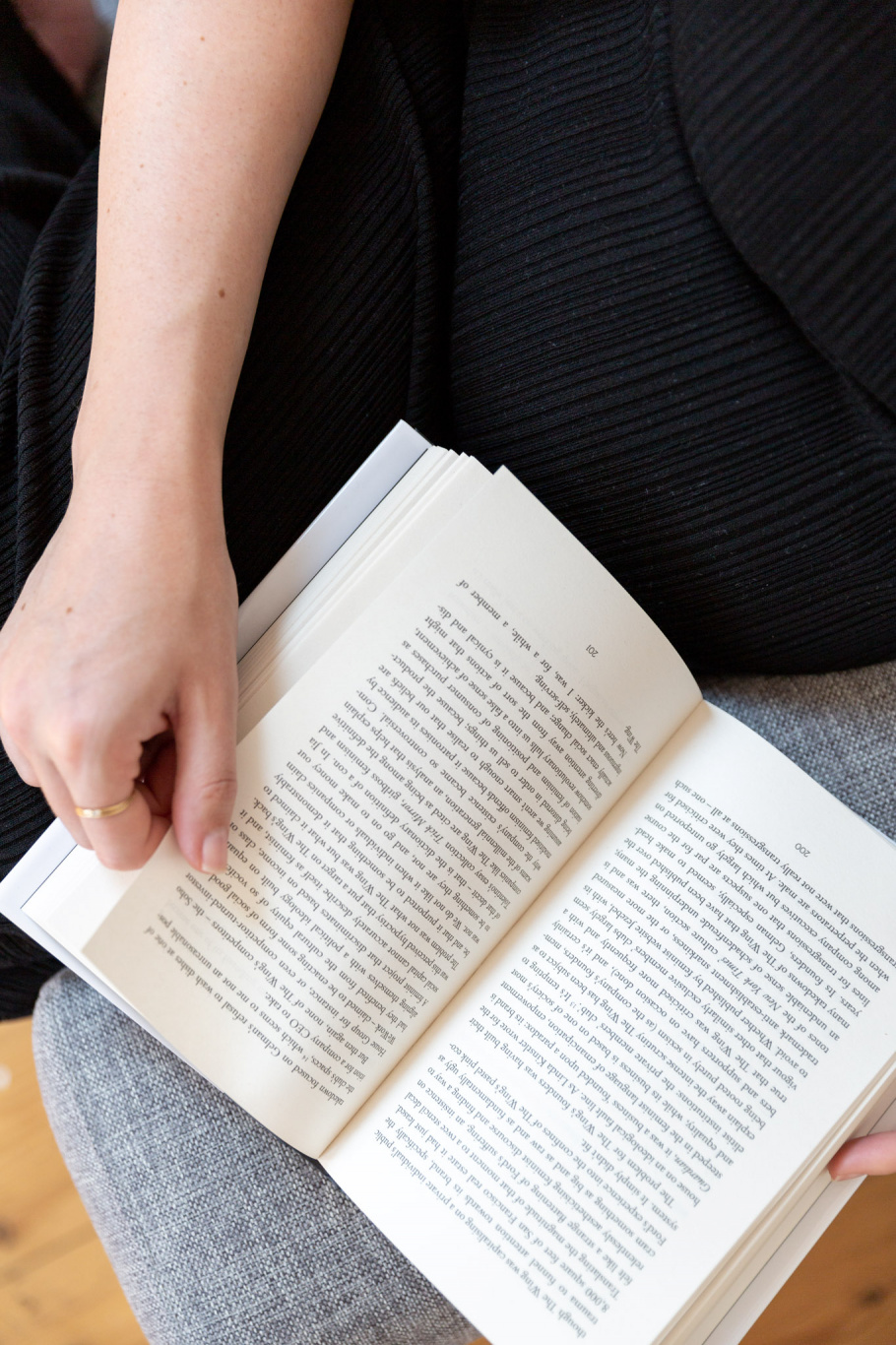 ‘Pachinko’ by Min Jin Lee*. “Through eight decades and four generations, set across Japan and Korea, Pachinko is an epic tale of family, identity, love, death and survival” – Goodreads. You know I love a multi-generational family drama novel and this is that, and one of the best ones of that particular genre that I’ve ever read. I learnt a lot about Japanese and Korean culture and history – it’s a long ol’ book so the detail is there (don’t let the length put you off!) – and loved how it shifted perspectives throughout the years so you really feel like you get to deeply know every member of the family.

‘Early Morning Riser’ by Katherine Heiny*. “A wise, bighearted, boundlessly joyful novel of love, disaster, and unconventional family” – Goodreads. I picked this up after a review from a friend described it as bit harmless, comforting ‘good distraction’ novel and I’d say it was fine. A bit slow in places, but I always struggle to get back into reading after such an epic read – it takes me a while to get back onto the horse because nothing else compares.

‘Detransition, Baby’ by Torrey Peters*. “A whipsmart debut about three women—transgender and cisgender—whose lives collide after an unexpected pregnancy forces them to confront their deepest desires around gender, motherhood, and sex” – Goodreads. A raw, fast-paced and candid exploration into the complexities of motherhood, the family unit and identity, it’s one of the stories you’ll never forget reading for the first time. I urge you all to pick this one up – a very important read.

‘Small Pleasures’ by Clare Chambers*. “1957, south-east suburbs of London where Jean Swinney is a feature writer on a local paper, but the more Jean investigates, the more her life becomes strangely intertwined with her subjects” – Goodreads. Whenever I’m not sure what to read next I refer back to the ‘Women’s Prize For Fiction 2021’ list and seeing as this was long-listed, I thought this was worth a shot. But there was something about this novel that really didn’t do it for me. The story itself is quite extraordinary, but the characters are deliberately very ordinary – it just didn’t hold my attention.

‘His Only Wife’ by Peace Adzo Medie*. “The story of an indomitable and relatable heroine that illuminates what it means to be a woman in a rapidly changing world” – Goodreads. I really loved this book and gobbled it up in just a few evenings. It feels like the author is able to fully transport you to Ghana, to both the small village where we first meet the protagonist Afi, to the bustling sounds and sights of the capital Accra. The reviews are a mixed bag, but personally I enjoyed this family drama and portrayal of love, marriage and secrets.

‘Ogadinma’ by Ukamaka Olisakwe*. “The story of the naïve and trusting teenager Ogadinma as she battles against Nigeria’s societal expectations in the 1980s” – Goodreads. This got recommended to me after I’d finished my previous book and I’m so glad it did. Certainly not an easy read, this book both breaks your heart and tells the story of Ogadinma finding her feet and her inner power as she pieces her own heart back together again.

‘Malibu Rising’ by Taylor Jenkins Reid*. “Four famous siblings throw an epic party to celebrate the end of the summer. But over the course of twenty-four hours, their lives will change forever” – Goodreads. Ok so I’ll admit that I’m 85% of the way through this as I’m writing this post, but I am that into this book that it’s accompanied me round the house all day and I’ve been dipping into it for breaks and I’m desperate to finish it tonight. I feel like Reid just does ‘page turner/lap it up fiction’ that has a bit of bite to it really, really well.

The Marie Claire Vintage Edit in partnership with Hewi

The best new makeup, skincare and hair products you need to know about

We will be happy to hear your thoughts