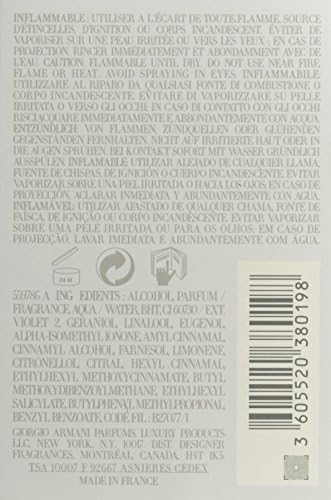 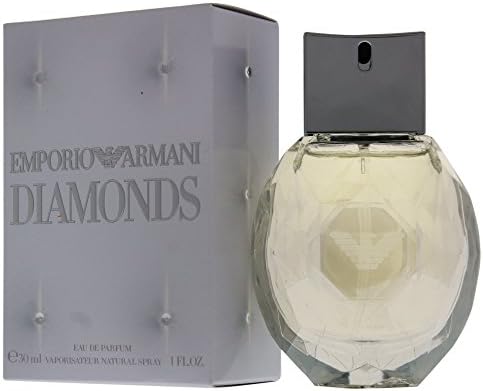 Emporio Armani Diamonds for women was launched in 2007 and was nominated at the Fifi Awards soon after in 2008 (supported by the Fragrance Foundation). The fragrance is a floral, oriental scent. The sensory blend of Diamonds is a surprising gourmand fragrance to give a stone a sense of feeling. The rose, a symbol of femininity, is made edible and succulent through the addition of a touch of raspberry and lychee. Notes of patchouli and freesia are couple with a base of amber and sweet vanilla. Diamonds was created by Thierry Wasser is recommended for day wear. The bottle is an exquisite diamond shaped sparkling bottle, presented in a white box with encrusted stones on the face of the box, engraved with Emporio Armani Diamonds.
Giorgio Armani was an Italian fashion designer particularly noted for his menswear. In 1975 he presented his first collection of menswear followed later that year by a range for women. The Armani brand expanded through the early 80s offering a variety of collections and ranges from clothing through to accessories. Giorgio Armani Beauty launched their first fragrance in 1982 and this is part of a long succession of fragrances. The Armani Fragrance collection currently has over 70 perfumes.
Middle notes of rose, patchouli, freesia and lily of the valley
Base notes of vetiver, amber and vanilla

Added to wishlistRemoved from wishlist 0
Add to compare